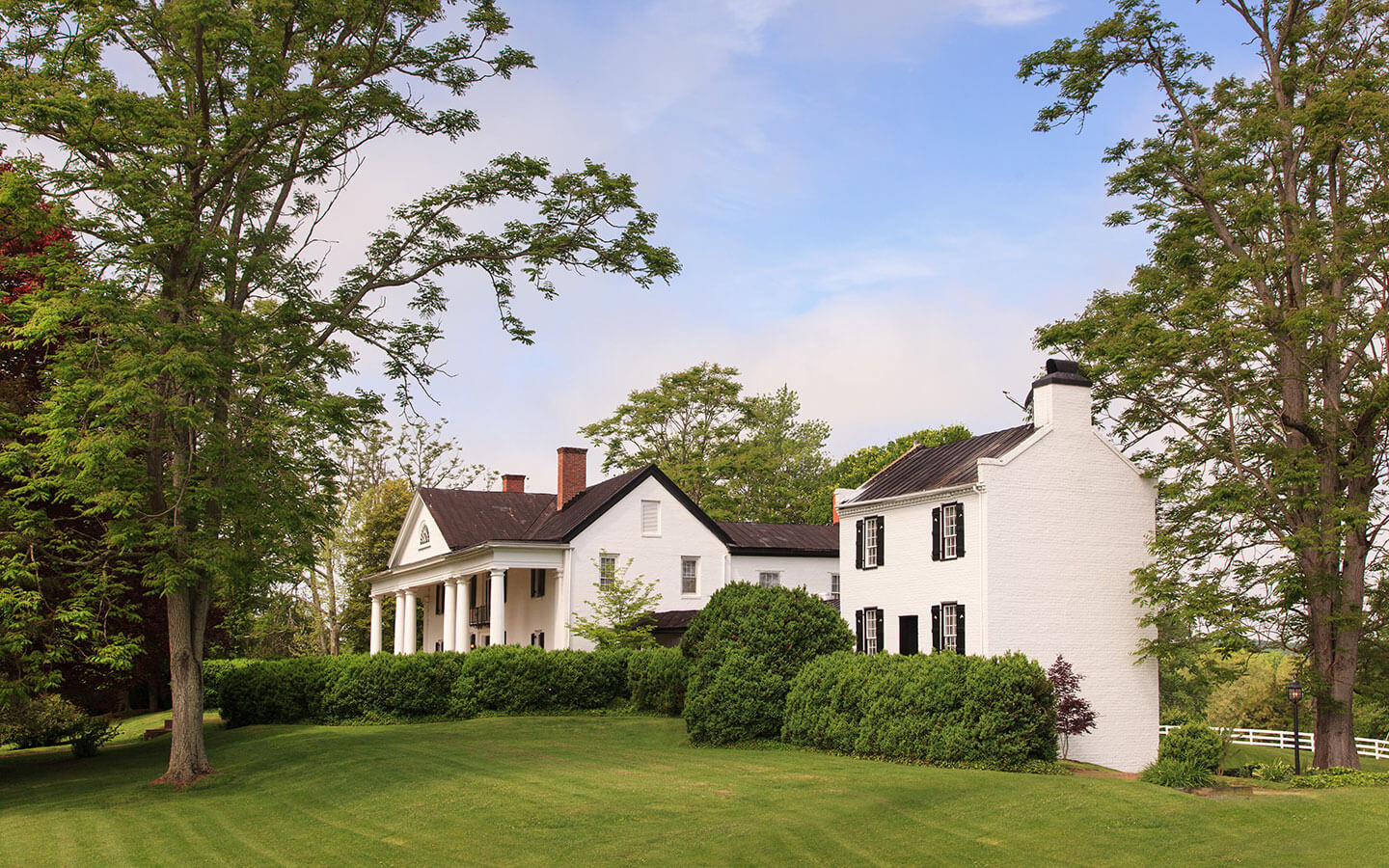 We are excited to announce our new chefs and innkeepers: Jim and Erica Young!

Jim Young, a former soldier in the US Army, achieved the rank of Staff Sergeant after successfully leading a team of eight soldiers during operation Iraqi Freedom, and subsequently became a member of the Sergeant Audie Murphy Club. In 2005, Jim left the Army and began pursuing his passion for food. Starting as a sous chef in Pittsburgh, Jim moved all over the nation with his talents, from Pennsylvania to Florida to Ohio, just to name a few places.

Erica Young began her career as a caterer in Cincinnati, Ohio. With a degree focused on culinary arts from Cincinnati State University, she learned the skills of baking and nutritional cooking, which has helped her grow and travel in her field, from Ohio to Kentucky to, now, Virginia. Erica designed custom themed treats for the Cleveland Indians Progressive Field dessert carts, and was also a winner of the 2016 Girl Scouts of America Dessert First Competition.

Jim and Erica met at Lola Bistro, in Cleveland, Ohio. Jim had been working as a sous chef since 2011, but met Erica when she started interning there. They became friends almost immediately, and knew that they worked well together. Because they worked in different areas of the restaurant, it wasn’t until the end of Erica’s time at Lola Bistro that they began to feel sparks. The romance held strong through a patch of long-distance as Erica finished her schooling in Cincinnati and Jim stayed in Cleveland. After school, though, Erica moved back to Cleveland, and took the pastry chef position at Sweet Moses. Jim later joined her kitchen team there, where the roles were reversed when Erica became Jim’s boss. But while the relationship had to adjust to that change, the challenges ended up strengthening the respect they had for one another as chefs. Not only did the change affect their relationship, but they also learned how to work better as a cooking team. They were married on September 10, 2016, while working at Sweet Moses.

As newlyweds, the Youngs moved to Kentucky to work at the Louisville Bourbon Inn, and fell in love with the innkeeping lifestyle. There, they were able to further solidify their chef strategy and relationship. According to Erica Young, “Compromise, efficiency, and respect are key in order to spend 24/7 with your spouse and still be productive.” But while they loved the Louisville Bourbon Inn, they missed the relaxation and beauty of the mountains. As the Youngs are avid hikers and Jim loves fishing, they had hoped to find an escape from being in the center of a city. Then they found the Inn at Meander and its Elim at Meander Plantation. As Jim says, “It worked for us so perfectly—being on eighty acres near the blue ridge mountains and also having an on-site restaurant [was exactly what we were looking for].” They’re most excited for finding someplace where they can fully chase their passions, and keeping their dog, Elise, happy and romping around in the vast lands and parks surrounding Meander!

As far as Elim at Meander Plantation goes, Jim and Erica’s goal is to turn Meander and Elim into a destination restaurant. By the end of 2018, they plan to have Elim at Meander Plantation open to both guests and the public four to five nights every week, and possibly for Sunday brunches as well. They also intend to extend the restaurant’s seating times to include a multitude of times, rather than just once at seven in the evening. And rather than having four courses for an overarching set price, they want to expand the menu to have items priced on their own.

“Food is love in our book, and having the opportunity to produce genuine quality food at the restaurant while also welcoming people into our home is everything we could’ve wanted.” –Erica Young Regarding the Inn at Meander Plantation, the Youngs are planning to include more pet-friendly options for guests and their four-legged friends. And with that, they have already started extending Meander’s trails throughout the land so that guests and pets can see even more of the Blue Ridge Mountains. They have also begun plans to host weddings larger than the elopement packages Meander already offers, so that up to one hundred guests would be able to join in on the ceremony. They are starting the groundwork to be open as a venue for many different kinds of trips—from luxurious romantic weekends to corporate retreats to whole house rentals for family vacations and reunions.

As Erica says, “The possibilities here are endless, and we intend to explore ever single one. We want guests to love Meander as much as we do, and we can’t wait to show them around and make it their home too.”

Please be sure to stay in touch and learn about what’s happening at Meander and Elim by liking our Facebook page and subscribing to the Inn at Meander Plantation’s newsletter today.